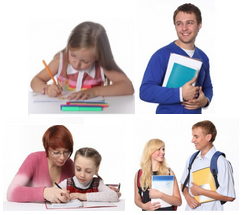 The above picture gives you an idea for bathroom passes that you can use when your school opens back up. The labels are just slapped on bottles of hand sanitizer. A lot of schools do not have good hot water and soap.

Bathroom breaks. How many teachers fret over students asking and taking bathroom breaks?
Guess what...it's no problem for even an inexperienced teacher if they realize one thing: Restroom breaks are a nonissue.

Too many teachers stress out over small things. Restroom passes are one of those. So, if you are a teacher and wondering how to make restroom breaks go away, here are some tips.

First, you really need to check with the school and district to see what their policy is. They may not even have one and leave it to the logic of the teacher. Logic. That's how to tackle the dreaded restroom break.

If a child is under the age of 7, they should probably be allowed to go whenever they want. Why get some mad parent ranting at you for Johnny or Susie wetting their pants? No reason. Children of that age are no yet out to game the system. They will not just make a game of it. More on that later.

Upper elementary is when restroom breaks become iffy. But again, use some logic. Sure, they are still young enough to have some potty problems. Again, no big deal. This is the age when rules for breaks becomes an issue. And they may try and game the system. Do not make the rules written. Any written rule is probably not enforceable all the time, so why write one? (You should not have written rules anyway, see below.) Let logic take over. If you have never made restroom breaks an issue, or even mentioned it, chances are, your students won't either. But 8 to 12 year olds are now big enough and well potty trained. Stress going to the restroom before school, during recess, and at lunch. They go then, most will never need to go later. Stress this at each break! Also mention that you will not allow anyone to go to the restroom 15 minutes after recess or lunch ends.

Also, you will not allow students to go 10 minutes before the bell rings. So what does that leave? Guess what? About 30 minutes of classroom "potty time." That's not a very big window. And use this trick. When someone asks to go, say you will let them, but in 5 minutes. Chances are, if they really have to go, they will ask in 5 minutes. If not, they will forget about it. Tell them you won't allow a student to go until 5 minutes has passed since last student went. Again, these are unwritten but you have told them over time. Soon they will get the picture. You seem to let students go whenever they want, and, they know to relieve themselves at the breaks. It's now a nonissue.

Here's more teacher logic. Before school recess, lunch, and maybe 2 more recesses or PE during the day. That's almost 5 times a day for a child to use the restroom. Why should they even need to when in class?

If you do not allow students to EVER use the restroom, they will think it's unfair and game the system. You can even have a timer for time to be gone. Maybe even allow each student one(1) restroom break each month.

Sure, emergencies happen. Any teacher should be able to tell when a student has a real emergency. I hate to admit it, but maybe girls get more of a break.

If you don't make restroom breaks an issue, the students won't either.

Need Help Paying for College?
Posted by Stephen Carr at 9:16 AM 0 comments