The governor of California has vetoed a bill that would make kindergarten mandatory.

Posted by Stephen Carr at 8:30 AM 0 comments 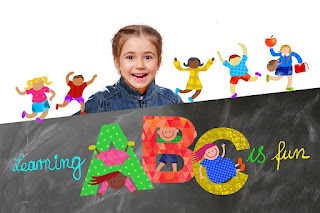 Get the child to start developing a routine at home. Doing the same things at the same time during the day help the child to adapt to the routines of kindergarten. These activities can be getting up in the morning, dressing, bathing, meals, nap time, etc.

Start reading to your child. The earlier the better. Get them interested in words and pictures. This also preps them for instruction time in kindergarten. Give your child their own big picture and word books to look at whenever they want.

Play thinking games. Ask questions about their day, their pets, or when shopping. Ask them thinking questions, like, should we wear sandals or shoes today, and why. Get them involved in preparing a meal.

Coloring books and drawing time. Children should start using crayons and other appropriate things to color and draw. It's not about perfection or realism, it is about the skill of using a writing and color instruments. It also fosters creativity.

Start them on the road to being independent. Start dressing themselves. Put their toys away. Wash their hands. Of course they should be feeding themselves and picking up their own dishes. These are things they need to be doing when they start kindergarten.

And that of course means not turning to you for help each and every time. If they drop something, they pick it up. If they make a mess, they clean it up, or at least help. Hang up a coat, put boots away, etc. If something they can do needs to be done, they are encouraged to do it themselves. Perfection is not needed, but attempts are a must.

Give them chores and responsibilities. This could be picking up all dishes after eating. Sweeping a floor. Wiping off their own faces. Getting a tissue and using it for themselves. If you go on a picnic, have them carry something. Anything the family does, they have a part in.

Top Most Comfortable Shoes for Teachers All feet are different, and you might go through several shoe brands before settling on one that suits you. We have compiled a list of the top five shoe brands that many teachers attest to.

Allbirds Shoes: They say they are like walking on air! Visit: Sustainable Shoes & Clothing | The Most Comfortable Shoes in The World | Allbirds

Posted by Stephen Carr at 9:24 AM 0 comments

Where is the Best State to Work as a Teacher? 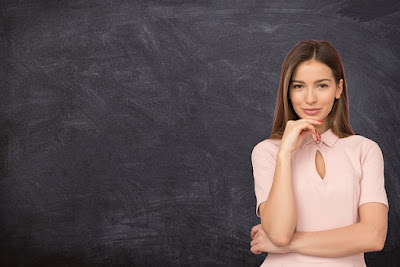 Wallethub has compiled a state by state ranking for places best to teach. So, if you thinking of relocating, this might be a start. The rankings take into account things like salary, pensions, tenure, turnover rate, and enrollment. The top 5 states were:

The bottom 5 states/areas were:

Remember, this is only a guide. Teachers are individuals and these states might not suit you. There are things like climate, commutes, and what you may or may not like as far as living conditions and attractions nearby. Many of these rankings are subjective.

To see the whole list, and where your state ranks, visit:

Other articles of interest:

How to get a teaching job (teachersindex.com)

Posted by Stephen Carr at 7:53 AM 0 comments

Cursive Teaching is Going Away Rapidly 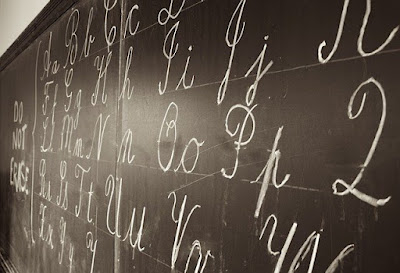 The students you encounter today probably will not know how to read cursive, let alone write with it. And they get by just fine. So, what happened, and are there any consequences of this?

If you go back to the history of writing, humans hand wrote for centuries. Then inventions like the printing press changed writing. No longer was all printed material hand written.

As time went on from there, other things came along. Like the typewriter. Soon type written correspondence and manuscripts became the norm. Teachers demanded students turn in perfect, typed essays and reports.

The implementation of computers in every walk of life ushered in the word processor. Those computers led to communicating more and more electronically. Email first, then the explosion of texting.

Cursive was now rapidly becoming an unneeded skill. The student of today has little need for cursive. No matter what your feeling on cursive is, that is the honest truth.

Over 10 years ago, updated standards, like Common Core, the cursive requirement was entirely eliminated. The cheer around the world from young kids learning cursive was deafening.

So, we now live in a world where people just do not do cursive, and have no need for it.

If that makes sad or mad as a teacher, just think about things we no longer teach or use in modern classrooms. Latin, slide-rules, film projectors, record players, slate and chalkboards are just a few.

And let's be frank. Like it or not, writing throughout history has always an evolving technology.

Let's not kid ourselves and over-romanticize cursive. It really is a fading talent.

But now we get to the heart of this post. Like all fading "technologies" and skills, there are bound to be repurcussions.

First, how about signatures? We can't worry about much. Your signature was never about cursive, although that was common. So signatures today, for our young students, are some amalgamation of the letters they have learned to make.

But one of the biggest consequences is reading and interpreting old-style documents, manuscripts, and art work. Students who do not learn to write cursive, will most likely have a hard time reading it.

Showing a copy of, oh let's say The Declaration of Independence, becomes an excercise in futility. It's hard enough for a normal human to read the old-fashioned letters, but what about the modern student? They are now looking at that document as just an old piece of paper. They need a printed, typed out copy to get anything out of it.

It's a shame to admit it, but soon anyone working in a museum will probably be taking a night course on reading cursive. Similar to what a person needs if they are going to need to read Latin or some ancient writing.

The student of today needs to concentrate on modern skills, and keyboarding is at the top of the list. So please don't lament the loss of cursive instruction too long.

Those who go into history, or want to truly be a history buff, will need to learn to read and write cursive. Cursive skills won't die out completely, but sooner or later, people will not even be discussing it. It won't be there. Out of sight, out of mind.

Other things are going the way of the dinosaur as well. Some you probably never learned if you are part of a newer generation. Like dial phones. Film cameras.

You might not have even thought about shorthand, as you yourself may have never even seen it, let alone heard about it. That too has been almost eradicated by modern recording devices. Court reporters still use some shorthand machines, but they too will be phased out by artificial intelligence and digital recording devices.

As technology takes over tasks, it just creates a whole new skill set that students need. Don't lament the loss of cursive too long. And if you know how to read and write it, think of yourself as having a talent that can actually be valuable in many situations.

Someone, someday, might come up to you, hand you a letter from their great-grandfather, and ask, "Can you read this for me?"

Disruptive kindergartners are likely to be bullied later in elementary school

Kindergartners who act out, disrupt classrooms, get angry and argue with their teachers are especially likely to be bullied once they reach third, fourth and fifth grade, our research group has found.

We continue to investigate bullying in U.S. elementary schools, but our initial findings indicate that the odds that disruptive kindergartners will be shoved, pushed or hit, teased or called names, left out, and have lies told about them are roughly twice as high as for kindergartners who do not act out in classrooms. We observed this in analyses accounting for many other risk factors.

We believe our study represents the first analysis of a nationally representative sample that identifies which kindergartners are most likely to be bullied later in U.S. elementary schools. We hope the information helps parents and school staff identify and support young children who are especially likely to be bullied.

The harms of bullying

Schoolchildren who are frequently bullied are likely to later be depressed, anxious and suicidal as well as to be unemployed, impoverished and abusing substances. These risks are as large as those associated with being placed in foster care or experiencing maltreatment.

Early identification can help support those children who are being bullied and so limit the potential damage. Screening and prevention efforts are more effective when delivered while children are still young. Mental health supports may be needed for those being frequently bullied.

And looking at specific types of bullying may help schools and parents more directly serve the different psychological needs of children experiencing physical or nonphysical bullying.

The results suggest that the more schools can do to help kindergartners learn to manage their disruptive behaviors, the less likely these children are to be bullied later on in elementary school.

[Interested in science headlines but not politics? Or just politics or religion? The Conversation has newsletters to suit your interests.]

This article is republished from The Conversation under a Creative Commons license. Read the original article.

Get Help With Dealing With Kindergarten Problems Here 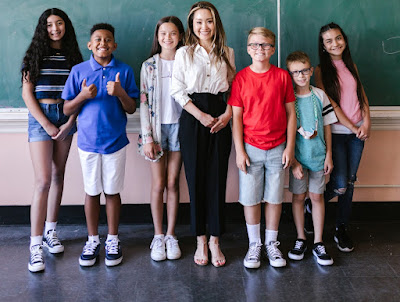 Teachers can use this activity as an ice breaker to get to know the class, anytime as a brain break or fun activity. You could do this once a month to see how many students remember where they were.
This activity involves the whole class at the same time. It could get a little chaotic, so be prepared!
All the kids get together on side of the room. They may need to spread out to complete it.
They are going to line themselves up by birthday as to how it occurs during the year. (Not by years, obviously). That is, a student born on January 25 lines up before someone born on March 3. And so on. Lining up left to right is probably best.
To add a little fun, get yourself in the activity too!
You may choose one or two students to coordinate, one boy, one girl, for example. They must get in line too, where their birthdays fit.
When they think they are finished, you can choose another student to go down the line and write all birthdays down, as a final check. If they are off, they need to correct their places.
It won't take too long to write down. You should have a paper with the months in order, and keep track of the day. If you want to get more detailed, you can write the student's name down as well.
You can then describe the birthdays to the class, and involve them. For example, point out who was born earliest in the year, latest, etc. Which month had the most birthdays? Anyone born on a holiday? Get creative.
Have fun and good luck!
More: Classroom Games here!
.
Posted by Stephen Carr at 9:31 AM 0 comments